#AceNewsDesk – Dec.07: The punk band are best known for their hit, Ever Fallen in Love (With Someone You Shouldn’t’ve) ……….. BBC music correspondent Lizo Mzimba said Buzzcocks, who formed in Bolton in the 1970s, were regarded as more polished, but musically no less influential, than the Sex Pistols……………The band have tweeted saying Shelley was “one of the UK’s most influential and prolific songwriters and co-founder of the seminal original punk band Buzzcocks”……………….His music inspired generations of musicians over a five-decade career with his band and as a solo artist, they said #AceNewsDesk reports

The Charlatans’ singer Tim Burgess said Shelley’s “perfect three-minute pop songs” were “the soundtrack to being a teenager“……………….Teenage Fanclub singer Norman Blake tweeted how important Shelley’s songs had been in his youth, and remained so today…………..And singer Tracey Thorn, formerly of Everything But The Girl, said Shelley had been an “amazing songwriter”……………The author Neil Gaiman tweeted “part of my youth dies with him”. 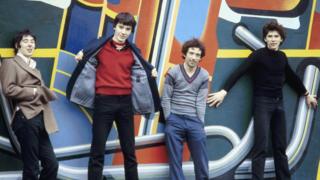 Music critic Stephen Thomas Erlewine said Buzzcocks were one of the most influential bands to emerge in the initial wave of punk rock, with echoes of their music in everyone from Hüsker Dü to Nirvana…………”The Buzzcocks were inspired by the Sex Pistols’ energy, yet they didn’t copy the Pistols’ angry political stance,” he wrote in AllMusic.…………..”Instead, they brought that intense, brilliant energy to the three-minute pop song. Shelley’s alternately funny and anguished lyrics about adolescence and love were some of the best and smartest of his era.”